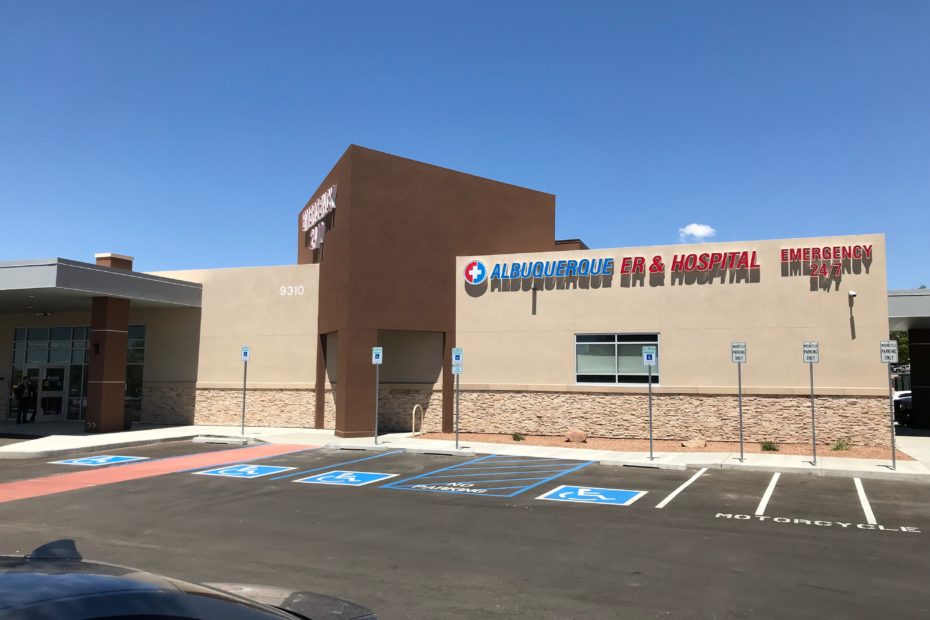 Albuquerque ER & Hospital has plans for a location east of the Rio Grande in early 2023 as the three-year-old healthcare provider kicks of the commercial redevelopment of La Mirada Square.

The hospital, which opened its first location on Coors and Paseo del Norte boulevards in 2019, will expand into a new 20,000-square-foot facility.

Tim Bajema, a physician partner with Albuquerque ER & Hospital, said his team had been looking for another location since before the Covid-19 pandemic. Living through the pandemic and seeing healthcare services overwhelmed only further pushed the idea to expand to another location.

“This is a great, unmet need for more health care resources in the city and more hospital beds in the city,” Bajema said.

“We’re established in the northwest quadrant. We felt the northeast quadrant would be well-served by one of our facilities,” he continued. “[The corner of Montgomery and Wyoming] is ideally situated for what we wanted to achieve. … I think we’re going to see a revitalization of that corner.”

Tierra West is the civil engineer and Nusenda Credit Union was the lender on the facility, Tidwell said.

Early construction has started and Bajema expects to vertical on construction in the next four-to-six weeks. As of Tuesday, Bajema said the timeline for completion was for February 2023.

At its Coors and Paseo del Norte location, Albuquerque ER & Hospital has seven ER beds and four in-patient beds. In the building it’s expanding to, it will have eight ER beds and six in-patient beds. It’s new facility will also include an in-patient pharmacy and a radiology department that can handle x-rays, ultrasounds, CT and MRIs and more, Bajema said.

Albuquerque ER & Hospital has 63 employees and with its new location could add another 60.

In early March, local homebuilder Twilight Homes of New Mexico began work on the La Mirada community. Twilight will build dozens of lots for a new townhome community. Less than a year ago, the early demolition of the Hastings began to make way for a clean space to build the new development.

“This has been a diamond-in-the-rough and something that we’ve all been sitting back for a number of years, waiting for something to happen at this important intersection, and it’s great to see that progress is happening,” said Resolut RE’s Tidwell.