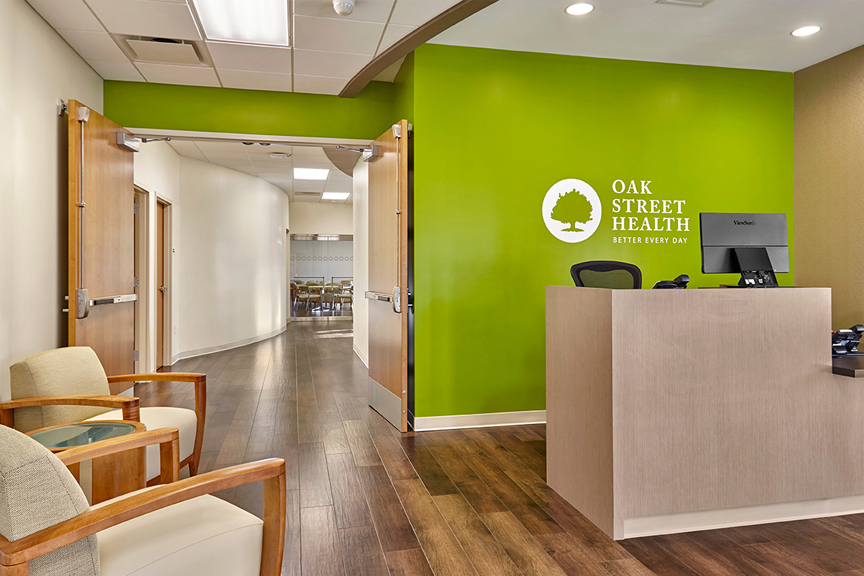 Roughly five months after announcing plans for expansion into Albuquerque, Oak Street Health has opened the first of its four planned locations.

The Chicago-based primary care clinic opened its location at the Zuni Plaza shopping center on Thursday in Albuquerque’s International District.

The past few months were spent on staff recruitment, getting the facility ready and expanding its outreach locally, said Cristal Chavez Medrano, the regional vice president of Oak Street’s New Mexico market. As a result of the outreach, Oak Street has found some common trends among possible patients. These include multiple medical conditions that are heightened by social determinants like food or housing insecurities.

At its centers, Oak Street treats hypertension, skin conditions, diabetes in addition to social work, behavioral health services and more, according to its website.

“Our goal upon opening is to have a designated amount of patients in each center,” Chavez Medrano said. “We do place emphasis and focus in placing our center in underserved areas to be able to capture the needs of the locations that are not getting the care they need and deserve.”

Oak Street’s first day featured a full day with about 80% of patients appearing for their appointments, said Chavez Medrano, who came to Oak Street in July from Presbyterian Healthcare Services, according to her LinkedIn profile. Called the show rate, the ability of patients to make appointments is often impacted by transportation and other challenges.

Generally, Oak Street’s centers occupy between 9,000 and 10,000 square feet and employ between 35 and 50 people, Oak Street previously told Business First. As of Thursday, Chavez Medrano said between 18 and 20 people are working at the Zuni Center and looking to hire more.

“We’re always looking to grow where we’re at in our market for our Zuni Center specifically,” Chavez Medrano said. “We’re continuing to grow as with all four of our other centers where we’re still recruiting.”

Resolut RE’s Daniel Kearney, one of the listing brokers on Zuni Plaza, previously told Business First the space has sat vacant for the past 10-plus years. Illinois-based Skender Construction LLC was the building contractor for Oak Street’s Zuni Plaza location, according to building permits.

Chavez Medrano said three more Oak Street Health clinics are slated to open in Albuquerque in the coming months. They are at:

Oak Street division president Lindsay Arnold Sugden told Business First that the density of the Medicare-eligible population in the area factored into the decision to expand into Albuquerque. She added that high-traffic areas are most convenient for Oak Street patients, which attracts the network to expand into retail spaces or strip malls.

Across the board, Oak Street anticipates opening 38 to 42 centers in eight new states in total by the end of 2021, according to previous Business First reporting.