Home » News » Increased Demand is Driving Up DFW Retail Rents, Relief May Be On The Horizon

Increased Demand is Driving Up DFW Retail Rents, Relief May Be On The Horizon 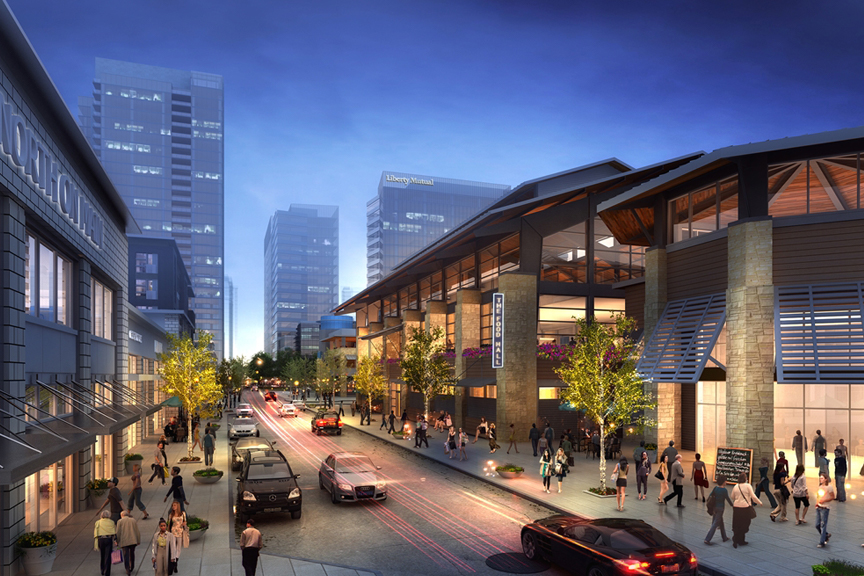 Increased demand for existing space driven, in part, by record-low levels of new construction is giving landlords the upper hand in DFW’s retail market as months of uncertainty have given way to a “great retail reset.”

This is not for lack of demand, but rather a combination of external pressures, including the surging cost of construction and a delay in municipal permitting, said Andy Anderson, principal of Restaurant Properties Group.

“I’ve been around a long time, and this market has continued to get tighter and tighter regardless of how fast we build things,” he said.

Landlords are capitalizing on the lack of space by reducing tenant improvement allowances and raising rents, Anderson said. According to Weitzman, the average retail rental rate across DFW submarkets at the end of 2021 was $33 per SF for Class-A space, up from $31 per SF at the same time in 2020.

What is even more telling, Anderson said, is the rise in percentage rent rates, which tack a portion of a tenant’s sales onto base rent. For restaurants in DFW, these rates used to hover between 3% and 5%; however, landlords are now garnering as much as 7%.

“This is a landlord-dominated marketplace, and you are going to see rents continue to increase until at some point construction catches up and a tenant can choose to go the new construction route versus paying a premium for existing real estate,” JLL Dallas Managing Director Rob Franks said.

The rising cost of doing business has forced tenants to create efficiencies, said Christopher Morris, vice president of Edge Capital Markets in Dallas. For some retailers, this means reducing their footprint to focus on digital service delivery.

“They’re looking at smaller spaces, more showroom-type retail sites as opposed to big stores,” he said. “You may have small levels of inventory at the store so people can see, touch and feel, and then order online and wait for it to be shipped directly.”

Embracing digital strategies is not just a cost-saving measure, but a competitive move as well, said Elizabeth Herman Fulton, senior associate with CBRE. Interactive technology, such as try-on assistance, is what separates brick-and-mortar retailers from their e-commerce counterparts.

“That’s where the cool factor comes in, and that’s what gets people to physically come into the stores and see product,” she said.

Anderson said the ability to adapt has been the deciding factor between retailers who survived the pandemic and those who didn’t. He estimates a quarter of the restaurant groups he represents made a concerted effort to find new locations as their competitors were shutting down.

“If you’re not adapting to the market, to your competition and to the consumer, you’re dying a slow death, you just don’t know it,” he said. “If you’re astute, you know that a down market or a problematic market is the time to make moves.”

Relief may be on the way for tenants, however, as supply chain pressures ease and projects paused during the pandemic resume activity. Based on what is in the pipeline now, Weitzman projects that new retail construction will reach about 2M SF this year, more than three times higher than in 2021.

“When Covid hit in 2020, nobody really knew what the future was going to hold,” Franks said. “All of those projects — unless they were near completion — were put on hold. I think you’re going to see now, in 2022, a complete 180 to that.”

By Olivia Lueckemeyer – Bisnow Dallas-Fort Worth