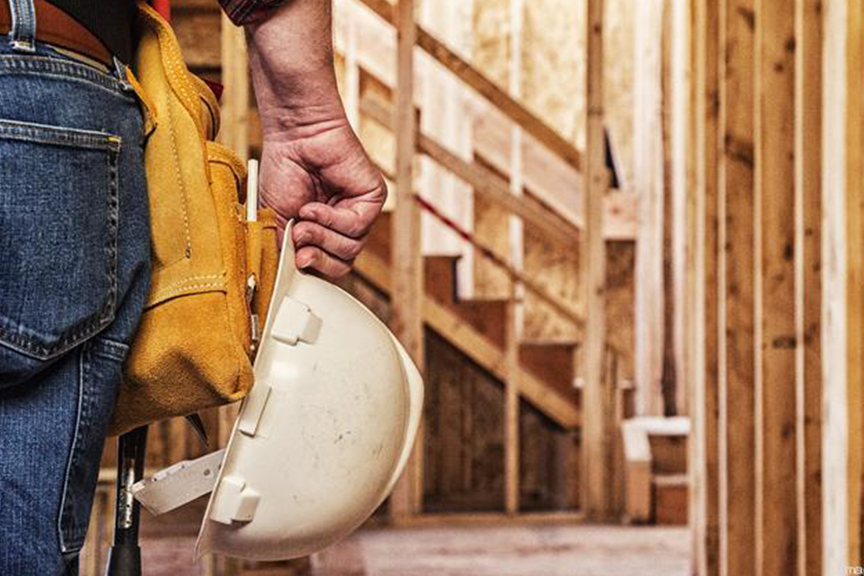 The construction industry’s struggles to attract and retain labor have been well documented.

But has the construction labor issue gotten better, worse or remained about the same since the pandemic? And what happens in the event of a recession?

The July jobs report from the Bureau of Labor Statistics found the industry added 32,000 jobs last month, with industry employment increasing by 311,000 jobs, or 4.2%, on an annual basis. But those numbers obscure the fact commercial construction in particular is facing countervailing forces, based on property type, said Anirban Basu, chairman and CEO of Baltimore-based economic and policy consultant Sage Policy Group and chief economist for the Associated Builders and Contractors.

The sector’s unemployment rate was 3.5% in July, on par with national unemployment across all industries and indicative of how tight the market remains.

The ABC’s July Construction Confidence Index readings for sales, profit margins and staffing levels, which came out Tuesday, declined, suggesting a growing pessimism across the construction industry. Indices for sales and staffing remain above a threshold of 50, which indicates members surveyed still expect those metrics to grow in the next six months, but readings for profit-margins are less than 50 for the second consecutive month, according to ABC.

The cost of construction is also continuing to rise. The U.S. national average increase in construction costs in the second quarter was about 2.4% on a quarterly basis, and 7.5% year-over-year, according to Rider Levett Bucknall Ltd., a law firm that specializes in property and construction advisory services.

Basu said he thinks job growth overall will slow, and, specifically in construction, demand will increasingly shift away from private-sector projects to public ones. He’s predicting an economic recession will occur next year, which could start to materially affect the broader construction industry about a year later, given the long lead times on construction projects.

“The marginal projects are going to be challenges,” he continued. “That does help the availability of the workers out there.”

Hamilton, New Jersey-based Dodge Data and Analytics’ Momentum Index, a monthly measure tracking lead construction spending for nonresidential building projects, was up 2.9% in July, to 178.7. The commercial component of the index specifically rose 5.5% while the institutional component fell by 2%. Fourteen projects valued at $100 million or more entered planning in July, according to Dodge.

Richard Branch, chief economist for Dodge Construction Network, said in a statement the index has yet to show signs of stress as recession fears mount, suggesting developers and owners remain confident nonresidential building projects will weather the storm of higher interest rates and a slowing economy

“Whether this can be sustained over the medium term remains a key question that will ultimately dictate the pattern for construction starts in 2023,” he said.

A key worry for those who observe, or work within, the construction industry: If the pipeline of projects does start to slow because of a recession, existing workers that suddenly find themselves out of a job may leave the industry and not come back when the cycle picks back up.

That’s what’s happened in past recessions, perhaps most memorably in the global financial crisis of the late 2000s. It’s an issue exacerbated by a retiring skilled workforce in construction, where the average age is now 42.3, according to the Bureau of Labor Statistics, and there are fewer younger workers to replace them.

Retaining and hiring labor has been one of the hottest topics of the pandemic as workers have altered work and life priorities. More workers than ever before are remote, or have decided to pursue jobs in industries that’ll give them flexibility to work at home. Still others, in industries like hospitality, were laid off at the onset of the pandemic and have yet to return. The U.S. labor-force participation rate across all industries was 62.1% in July 2022, below pre-pandemic levels.

Flemming said his firm is advising clients on procurement strategies to head off labor challenges facing the industry, such as guaranteed opportunity for overtime.

Julian Anderson, president of Rider Levett Bucknall, said, anecdotally, he’s also heard fewer people working in construction are willing to move to follow work. In decades past, it wasn’t unusual for construction workers to relocate after a major bridge or road project wrapped up. But with construction so busy across the nation in recent years, and overall attitudes toward work changing, people are more reluctant now to relocate to follow projects, he said.

Fewer immigrants coming to the United States, particularly since the pandemic onset, has also hit the construction workforce more acutely than other sectors.

So far, there hasn’t been a major boost in new infrastructure projects from November’s passage of the Infrastructure Investment and Jobs Act.

The bill is expected to increase federal spending on infrastructure projects by about $550 billion over the next decade, including $110 billion for roads and bridges, $66 billion for passenger and freight rail, and $65 billion for broadband, among other spending buckets.

Though it wasn’t expected to be implemented overnight, some observers believe state and local governments could be holding off on starting infrastructure projects until the current above-average price increases for construction materials, in particular, abate.

“There’s no question that implementation has scarcely begun,” Basu said, adding it’s an extraordinarily awkward time for such a spending bill, given the shortage of skilled construction workers and elevated costs across the board, including materials and transportation costs.

Although some government officials are only in the planning stages of potential IIJA-funded infrastructure projects, Basu said elected officials love to cut ribbons on restored bridges and newly built interstates. With prices in some commodities like fuel and steel already having come down from recent spikes, it’s likely more infrastructure projects with IIJA funding will begin later this year or in 2023. That’ll boost demand and jobs in publicly funded construction projects, Basu said, at a time when privately funded development may be slowing.

Anderson said spending from the IIJA legislation may start flowing next year, when the U.S. economy could be in a recession.

“I’m expecting there will be a recession — I don’t know how deep or how long, but this money should help to prop up the construction industry for a good period of time,” Anderson continued.