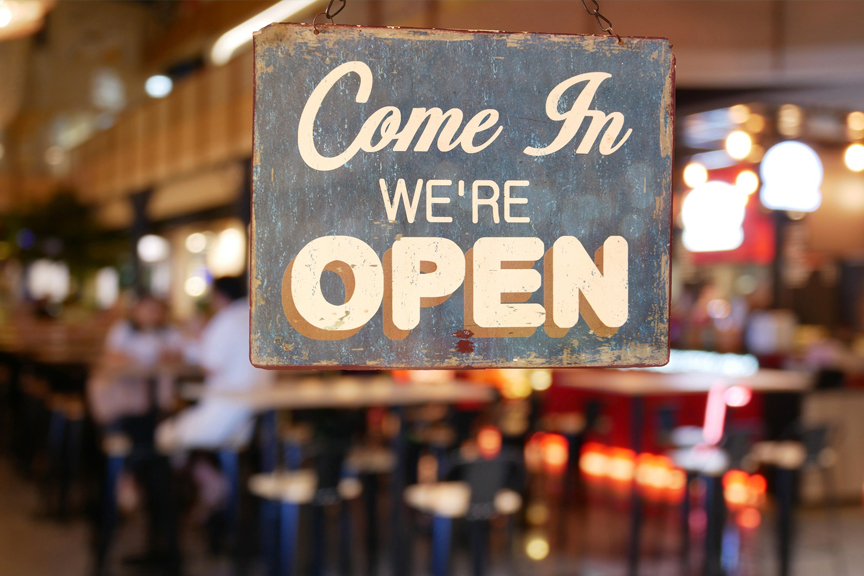 Houston’s retail growth is no longer stymied by the coronavirus pandemic, but franchise owners eager to tap into the city’s traditionally friendly restaurant market and fast-growing population base are still running into a major roadblock: a lack of space.

After months of well-publicized national restaurant troubles due to the pandemic and its resulting shutdowns, those franchises that survived are eager to get back to staking their claim in expanding cities — and many are eyeing Houston. Yet high demand and few turnkey spaces have left Houston real estate experts scrambling to place new brands inside the city.

“We’re running out of places to put people,” Colliers Houston principal and Director of Retail Services Wade Greene said of his retail team’s struggle to keep up with the pace of entrants into the market.

The pandemic, including the new omicron variant, still lingers as a disruption, but as operations begin to return to something resembling normal, retail brokers in Houston are facing a flood of restaurant franchise owners eager to jump into the recovering market. For Greene, the market is the most competitive he’s seen since he began at Colliers.

Greene is seeing many new would-be franchisees, some of whom were laid off from profitable jobs in engineering or oil and gas last year, now looking to jump into the restaurant space. With so many potential applicants, corporate restaurants are becoming pickier, asking for personal financial statements on top of letters of intent from applicants. Similarly, landlords, jittery from losses last year, are becoming more selective about who they lease space to and are contemplating higher rents.

Pre-pandemic, Greene says Houston was one of the top retail markets in the country, with occupancy levels as high as 96%. Though those figures dipped during Covid-19, the city has almost completely bounced back. A third-quarter Colliers report cites vacancy at 5.7%.

At least some of that buoyancy is thanks to restaurant franchise expansion. Texas and Florida, the nation’s second- and third-largest states, are leading the country in terms of new locations, according to Restaurant Dive, with franchises flocking to take advantage of a pro-business environment, strong population growth and lax Covid-19 restrictions. More than 51% of the state’s food spending comes from restaurants, Restaurant Dive said, while its booming population meant just 14% of the state’s restaurants went out of business during the pandemic, just slightly above an average year.

In addition, the Texas legislature passed a half dozen pro-restaurant bills earlier this year, including initiatives allowing alcohol-to-go at restaurants and grocery stores, tax-free Paycheck Protection Program loan forgiveness for franchisees and liability protection for businesses operating during the pandemic.

Houston is now the gateway to breaking into the massive Texas market, Greene said, overtaking Dallas, which reigned supreme as the franchise go-to Texas city a decade ago. A mix of cultural appeal, sustained growth, affordability and pre-existing strong quick-service sales mean brands are looking to repeat the success other companies found already in Houston.

Houston’s ethnic diversity is commonly cited by franchisees as their reason to come to Houston, and Greene said that the sheer variety of people in Houston means a concept selling meals with international flavors might find more success in Houston than anywhere else. This extends beyond restaurants. Greene pointed to one of his clients, a UK entertainment concept revolving around cricket, which normally could have a hard time breaking into the American market amid popular golf and football concepts. It’s looking for its first American location in multicultural Houston.

Beyond Houston’s ethnic diversity, with a quarter of Houstonians being foreign-born, brokers like Chris Reyes, partner at Shop Cos. point to Houston’s worker diversity. Houston is increasingly pivoting away from being a one-trade-area city dominated by oil and gas, and with its massive medical center, the city has more customers at a higher income bracket than other markets. Add in Houston’s geographical size, and Greene said he pitches franchisees with eight or 10 ways to roll out their entries into Houston.

“Gone are the days of us being that booming oil town,” Reyes said. “People are really starting to look at Houston as more global.”

At over 7 million people and counting in the Houston MSA, its size appeals to newcomers, though the overwhelming number of neighborhood options can also make it difficult for franchisees to pick the perfect spot for their pivotal first location.

“Houston is very easy to get lost throwing darts against the wall,” Greene said. “You have to be very thoughtful on what makes the brand successful. That franchisee’s first location into a new market is arguably the most important decision he’s going to make.”

Even if a cult favorite, urban-friendly concept wants to dive into the center of Houston and has the ability to pay those rents, lack of available spaces can make it physically impossible.

Trendy Inner Loop neighborhoods like the Heights, Upper Kirby, Rice Village and Montrose continue to be difficult to break into and popular suburbs like Katy and The Woodlands are joining them. Now, Greene’s clients are looking to up-and-coming or previously underserved neighborhoods, like the heavily residential Garden Oaks and the growing southwest neighborhoods of Fulshear and Aliana.

“We’ve got great concepts that are looking for space in the city, and there’s just a lack of quality spaces to match quality tenants,” Greene said.

The increased number of people working from home in the sprawling city has led to more franchises looking at the suburbs, where their customer base will spend most of their time, according to University of Houston associate professor Yoon Koh, who researches corporate restaurants with an emphasis on how they are faring amid Covid-19.

Houston is commonly thought to be more affordable than other cities of its size, but retail rents are creeping up to levels not seen in the city in years. Rents have crawled back to around $40 per SF in popular suburbs, though it’s still a fraction of those seen in cities like New York City, where rents are in the hundreds of dollars per square foot.

To help create more appealing leases through Covid-19, landlords threw in more improvement allowances for tenants than before.  Though it might be tempting to recoup some losses through higher rents, there is a limit. Landlords need attractive restaurant concepts to bring visitors to their developments, and experts warn overcharging could be a mistake in an industry where an operator might need to hit $1.5M in monthly sales volume. Moderate rent increases might make more financial sense in the long run for a landlord, Greene said.

When it comes to space requirements, quick-service restaurants are consistently demanding drive-thrus, something that has only become more sought after in the wake of Covid-19, along with pricey kitchen necessities like a vent hood or grease trap. Though second-generation restaurant spaces that already offer those features could save franchisees money, Greene said that once owners rearrange kitchen features and bathrooms, and renovate to suit their brand, they may spend more money than if they had gone into a shell space.

This has resulted in companies getting creative to transform freestanding, nonrestaurant spaces into quick service. Greene cited a chicken concept that turned a dry cleaners’ into its first Houston location.

More of that could be on the way. Reyes calls retail business in Houston a safe bet. Despite a space squeeze, franchisees and other restaurant operators who are able to leverage relationships and pounce on a prime location are looking at a market he says is performing even stronger before the pandemic hit. What’s more, he doesn’t believe that will change soon.

Franchises are looking to open multiple locations within weeks or months, and expanding to as many as 10 franchises in a market isn’t uncommon.

“It will take a lot for this train to stop,” Reyes said.