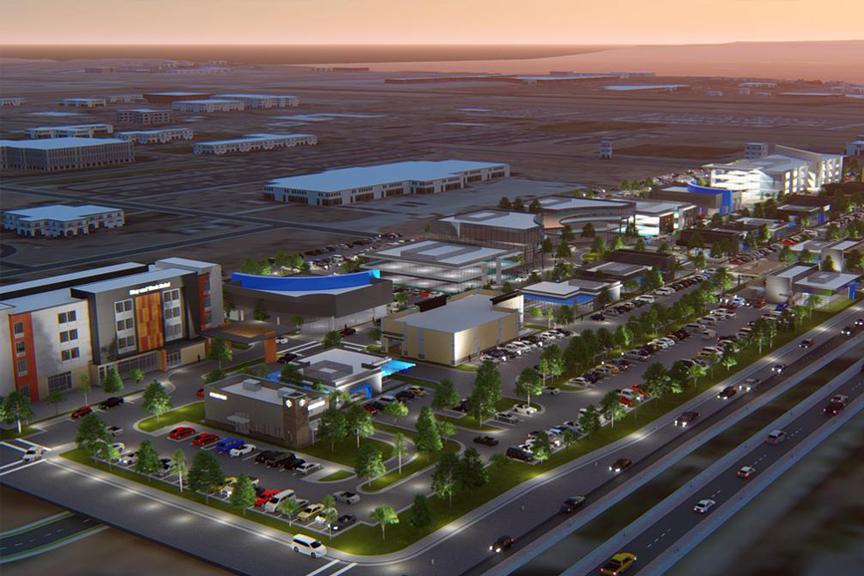 Virginia-based defense firm BlueHalo will build a new 200,000-square-foot development at Albuquerque’s Max Q business park that will boost the number of the company’s employees.

The company previously confirmed to Business First that it was scouting a move to the site, but local and state officials on Tuesday confirmed the expansion the development near Gibson Boulevard and Carlisle Boulevard. It plans a $60 million capital investment into the site.

The expansion will bring with 64 jobs with an average salary of $90,000, in addition to 260 existing employees in New Mexico. The campus will include office, lab and manufacturing facilities.

The total economic impact for the project over the next decade is $3.2 billion, according to the office of Gov. Michelle Lujan Grisham.

A BlueHalo spokesperson on June 16 said the lease had not been finalized. Sen. Martin Heinrich, however, told Business First in an interview last month that the company plans to do research and development work alongside manufacturing at Max Q.

“They decided they want to be in that Max Q development because of where it is,” Heinrich said in June. “That’s the kind of company that I really see being attracted to these sites next to the airport and Kirtland Air Force Base.” That same month, Thunderbird Kirtland Development LLC — who is developing Max Q — confirmed that a groundbreaking for two buildings at Max Q were slated for August.